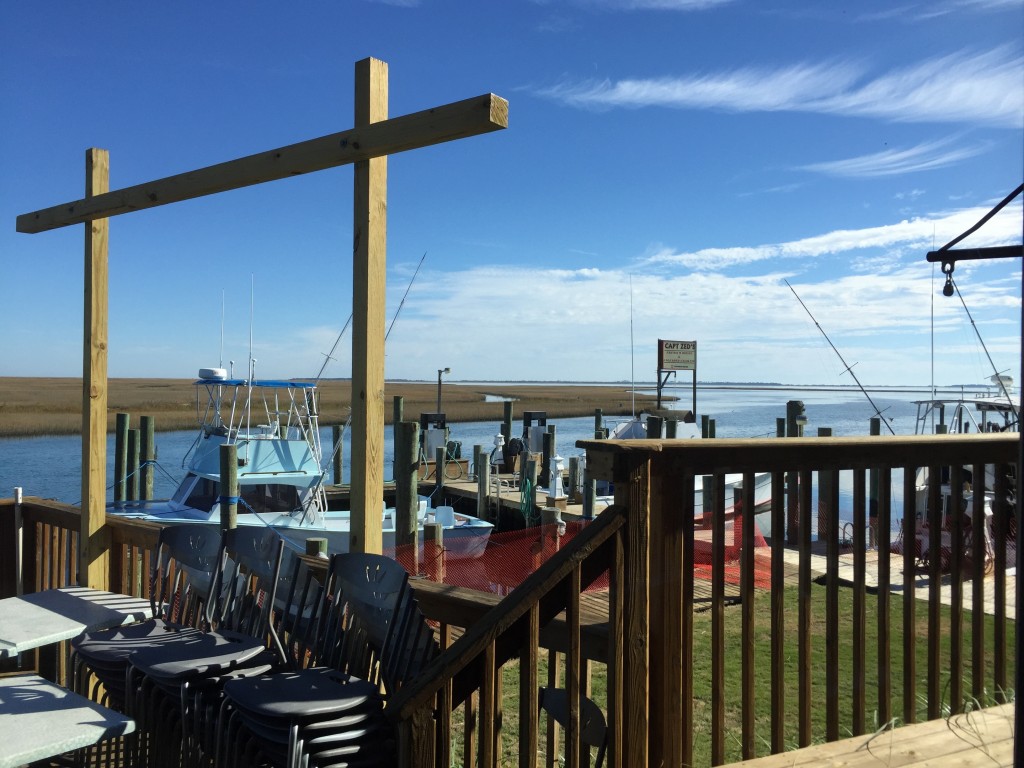 The view from our table at the Island House Restaurant & Marina in Wachapreague, VA

Back in November, my flying buddies Tim and Tony and I decided that it was time for a cross country to somewhere new.

The best thing about being part of a flying club has been the friendships I’ve made with other pilots — that sounds corny, but it’s much more fun to fly with other people. And flying with another pilot stretches your range by letting you swap seats and split legs with the other guy. It’s great.

And with three pilots, you can manage to go even further, spreading trips across three legs.

So the three of us crammed into the Archer (about 50 lbs. shy of max gross), and headed down to Accomack County Airport (KMFV) across the Chesapeake Bay on the Eastern Short of Virginia.

END_OF_DOCUMENT_TOKEN_TO_BE_REPLACED

A portion of my shiny new ground instructor certificate — yes you get a separate certificate issued to you, just like any pilot cert.

A few days ago, I moseyed into the Baltimore FSDO and got them to issue me an Advanced Ground Instructor (AGI) certificate. That means I’m officially an aviation instructor. Sort of.

An AGI can also provide the hour of ground training required for a flight review.

I said before it’s the easiest certificate I’ve ever gotten — the only requirements are to pass two written tests: the Fundamentals of Instructing (FOI) and Advanced Ground Instructor. I already needed the FOI exam to become a flight instructor, and the AGI written is almost identical to the CFI written, so I was able to take it the same day as the CFI written without studying anything new.

All I had to do was call up the Baltimore FSDO and schedule a time to bring my test results in and get a new Temporary Airman Certificate.

You may be wondering why a flight instructor student would bother becoming an AGI. After all, the AGI can’t do anything that a CFI can’t do. Fact is, there actually are some good reasons you might want to consider doing the same thing…

END_OF_DOCUMENT_TOKEN_TO_BE_REPLACED

And now for something a little different.

Calling CES a big event is an understatement — more than 175,000 people attend it each year, making it the biggest trade show on the planet. All the big tech companies have a presence at CES, and Uber, the car ridesharing service was no exception. Uber just hit Las Vegas four months ago, and they’re working hard to make an impact for CES attendees.

That’s right, you can call a helicopter ride through Uber. And, as a pilot, I just couldn’t resist.

UberCHOPPER a $99 flat-fee service that picks you up, takes you to Maverick Helicopters at McCarran Airport (KLAS), and puts you on a 15-minute helicopter tour of the Las Vegas Strip in a late-model Eurocopter EC130 turbine helicopter.

(Normally, Maverick charges $124 for these flights.)

I went on the first day they were doing it. Riding shotgun was a representative from Uber corporate, who wrangled the communications between Uber and Maverick, passing on details like my name and weight for the flight. In other words, they’re probably not making any money on these. It’s probably just a special for CES.

You can see a short video of my tour below:

If you’re ever in Las Vegas, I’d definitely recommend doing a tour with Maverick — especially if it’s offered by Uber.

It’s that time of year again — the New Year is mere hours away!

Like most pilots, I’ve got my own set of aviation specific New Year’s Resolutions each year. For 2016, my list is short, but it’s probably the biggest flying challenge I’ve undertaken to date. The biggest project this year is going to be earning my flight instructor certificate. Becoming a CFI is incredibly difficult — especially for those of us with “real” jobs. So, I expect that earning my CFI ticket will be a feat in 2016.

That said, I’ve been knocking out lots of requirements in the last few months that should make the process a little easier.

For example, I’ve been flying from the right seat whenever possible. And I passed the FIA and FOI written tests just before the holidays (as well as the Advanced Ground Instructor test — more on that in a future post).

From here, the big challenge is going to be finishing up my lesson plan binder.

After that, I’m sure I’ll need to knock some rust off my actual flying. But the ground stuff is still the biggest hurdle between me and a CFI certificate. Still, after the marathon month of training I survived to earn my commercial ticket in 2015, I think that the slower pace of the CFI will be easily accomplished. Most importantly, that CFI certificate is going to give me the opportunity to get paid to bum around the airport on the weekends, which will dramatically change the costs associated with this hobby.

Along the way, I’m hoping that the material I’ll be covering will give me some good fodder for this website. When I was a student pilot, I found a lot of answers to my burning flying questions from more experienced pilots online. Now, I’m hoping to return the favor.

2015 was a great flying year — all told, I logged about 80 hours, which seems to be pretty par for the course. But, if all goes well, I’ll be logging a lot more time in 2016. I’m definitely excited for the challenge.

What are your aviation goals for 2016? Leave ’em in the comments below! 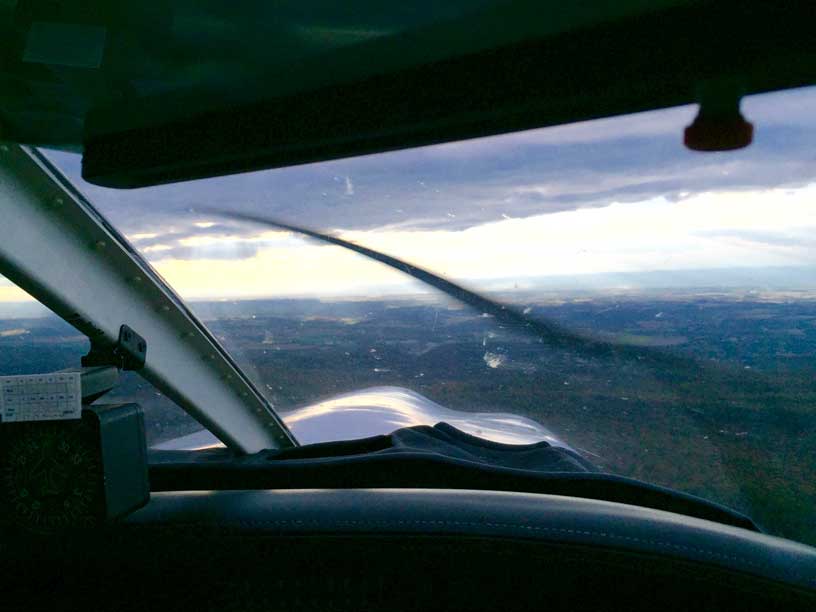 Ever since getting my commercial license, I’ve been excited about the transition to the right seat. Until now, my right seat time has been limited to the occasional safety pilot duty for friends, or swapping seats for a cross country.

It’s one thing to take the controls for a moment or two while someone puts on the hood — it’s another to actually fly from the right seat.

But that’s exactly what I’ll need to do as a flight instructor.

While I work away at the mountain of CFI ground school materials, I figured trying my hand at right seat flying would be a fun way to try something new in the airplane.