I tend to travel a fair amount for work.

And occasionally, I get a little down time when I’m on a business trip. One of the best ways to spend it is by renting a plane, grabbing a local CFI, and going flying. There’s no better tour guide than a flight instructor — and no better souvenir than a logbook entry.

I’ve had the good fortune of buzzing down the coast of Los Angeles (many times, actually), shutting down departures at Indianapolis International Airport to get good iPhone shots of Indy Motor Speedway (with ATC permission, of course), and island-hopping in the Outer Banks.

One of the more unique experiences, though, came when I was in Denver earlier this year.

As luck would have it, KBJC was just a few minutes from my hotel in Longmont, CO. Some Googling got me in touch with the folks at McAir Aviation, an awesome flight school based there. A high-altitude airport seemed like a great opportunity to rent something a little more capable than the typical trainer, so I scheduled a block in N10100, McAir’s Garmin G1000-equipped Cessna 182T. 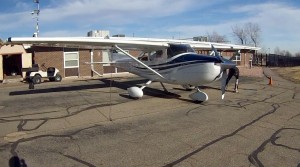 The 182T is a modern 235-horsepower cross country hauler. That big engine makes it a great option for high-altitude operations, where naturally aspirated airplane engines struggle to make power.

No two ways about it, Rocky Mountain country is beautiful. And the scenery is even better from the air.

We departed BJC, and buzzed around for an hour, checking out downtown Denver, and the enormous snow-capped mountains that stand as a dividing line between Colorado and the West Coast. 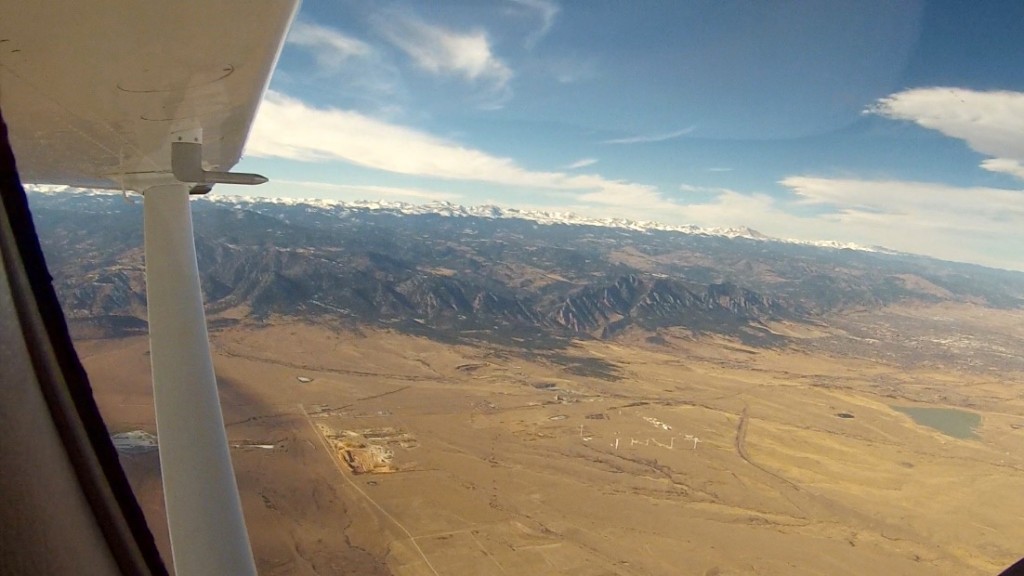 For fun, I wanted to break a new altitude record as pilot-in-command. We got up to about 13,000 feet before descending back down below 12,500 ft. and continuing our sight-seeing (above 12,500 ft. for more than 30 minutes, oxygen is required — that’s not a reg that normally factors into my flight planning back home).

Along the way, I was thinking about hypoxia. Hypoxia occurs when you’re deprived of oxygen at altitude — it’s caused by the lack of atmospheric pressure not allowing your lungs to absorb enough oxygen. All pilots learn about hypoxia, but it’s not something I’d ever experienced before.

When you’re flying in Colorado, though, you’re always “at altitude” — if you want 5,000 feet in between you and the ground in cruise, you’re going to be flying at more than 10,000 feet. That’s a unique situation. During the flight, I thought I might be feeling a little funny, but I wasn’t sure. I had been traveling a lot that week, after all. And it certainly wasn’t enough of anything to impact my ability to fly the plane. Still, I made a mental note.

The interesting thing is that it wasn’t until I got back to my hotel that I realized I had gotten a little hypoxic. Colorado is known for a lot of things — one of them is great craft beer.

At dinner down at the hotel bar, I ordered a local beer. The next thing I knew, I was really drunk. Then it hit me — alcohol has a much bigger impact on people who are hypoxic. My flight hadn’t impacted me enough to notice during my flight or my drive home, but one beer hit me like a ton of bricks.

(As someone who frequently has a post-flying cold one at East Coast altitudes, the effects really took me by surprise too.)

All told, the experience was a ton of fun. The views were spectacular, the turbocharged Cessna 182 handled 13,000 feet like a champ… and the beer back at the hotel was good too (as best I can remember, anyway).

If you’re ever out in the Denver area, call up a local flight school like McAir and schedule a flight with one of their CFIs. It’s an experience you won’t soon forget.