Back in the 1980s, ABC produced a show on VHS tape called ABC’s Wide World of Flying. Aviation enthusiasts could subscribe to the series, and receive a new episode in the mail on a regular basis. Then future AOPA president Phil Boyer was one of the producers and regular hosts.

At some point along the way, the series’ name was changed to ABC’s Wonderful World of Flying, and it was apparently cancelled sometime in the early 1990s. Obviously, this isn’t HD video, but it’s still awesome content. And someone took the time to digitize the entire series and post it on YouTube. If you haven’t watched it yet, I definitely recommend going through a few episodes (or, if you’re like me, all of them).

Avionics have certainly progressed quite a bit since those days — the reviews of groundbreaking LORAN units aren’t that relevant anymore — but the physics of flying haven’t, and there are plenty of lessons to be learned from the series.

The closest thing we have to WWoF today would have to be the growing community of aviation YouTube channels that have been sprouting up in recent years. Hopefully those guys continue to attract viewers and sponsorship dollars so that they can keep creating fantastic flying video content.

The next time you’re stuck on the ground and you’ve already watched the latest FlightChops video, fire up this classic flying program. Just make sure you have some free time. Chances are you won’t be able to stop at one episode.

It’s hard to believe that I haven’t added a post to this site in two months. Bad blogger!

Between lots going on at work, buying an airplane with some friends, and going full steam ahead on my CFI training, it’s been hard to find a free moment to post anything on here — but I’ve been collecting a very long list of interesting topics to write about. I promise they’ll be coming soon. In the meantime, I’ll leave you with this short video clip of a fully-developed spin in a Super Decathlon from my CFI spin endorsement training.

Spin Training from Checkride or Bust on Vimeo.

We can’t always be flying. Weather, money, and life often get in the way. But the good news is that, thanks to YouTube, you can virtually fly with some awesome, entertaining pilots in some amazing aircraft.

The flying content on YouTube runs the gamut — but there are a few channels that consistently put out top-notch flying videos. Today, I’ll show you four of my favorite YouTube pilots:

I can’t talk about flying YouTubers without putting Flight Chops front and center. Steve, the man behind the chops, makes the best flying videos on the internet — and in my view, he’s one of the best GA ambassadors we have today. He’s a video editor by trade, and he’s brought that professional level of production quality to aviation videos as well.

Some of my favorite videos from his channel include this flight in a TBM 850, his awesome series on TFP’s mountain flying course (which is now on my bucket list!), and his series on learning to fly a World War II-era Stearman.

Whenever one of Steve’s videos come out, I usually save them so I can watch them on the 65″ TV in my basement — they’re just so high quality that they’re worth watching on the big screen.

I personally think that AOPA should just hand Flight Chops a big budget and let him make flying videos full-time — but in the meantime, I’m a proud supporter of his channel on Patreon.

(Note: He also runs a great monthly contest for viewers — check it out here.)

Ok, onto another YouTube pilot named Steve. Steveo1kinevo is a professional pilot who flies a corporate TBM 850 as well as a Cessna Grand Caravan, with most of the flying happening down in Florida and the Bahamas — the scenery is pretty hard to beat.

Steveo1kinevo’s channel is a VLOG format, and it’s definitely fun to watch him carry out flights in that pair of very capable aircraft.

Guido is commonly referred to as “the most professional pilot on YouTube”. He’s another working pilot, and his channel features everything from hard IFR in business jets to ferry and pleasure flights in single-engine Cessnas and Mooneys. He’s a great resource for watching best practices, and crew resource management.

It’s really, really hard to limit my list to only four channels. But if I’m limiting it to four, Backcountry Pilot needs to be one of them. This channel is just what it sounds like — flying in the backcountry. I’d really love to experience some real backcountry flying, camping out under the wing of a Cessna 180 with tundra tires, but in the meantime, this channel helps to scratch the itch.

These guys do a fantastic job showing the feeling of flying in the backcountry. The cinematography is utterly beautiful, and totally makes you wish you were there. Backcountry Pilot also runs a fantastic website for anyone interested in more about this amazing flavor of flying.

Do you have a favorite aviation YouTuber that I missed? Share them in the comments!

Update: Since posting this, I’ve stumbled across some more great aviation YouTube channels. Check them out here. 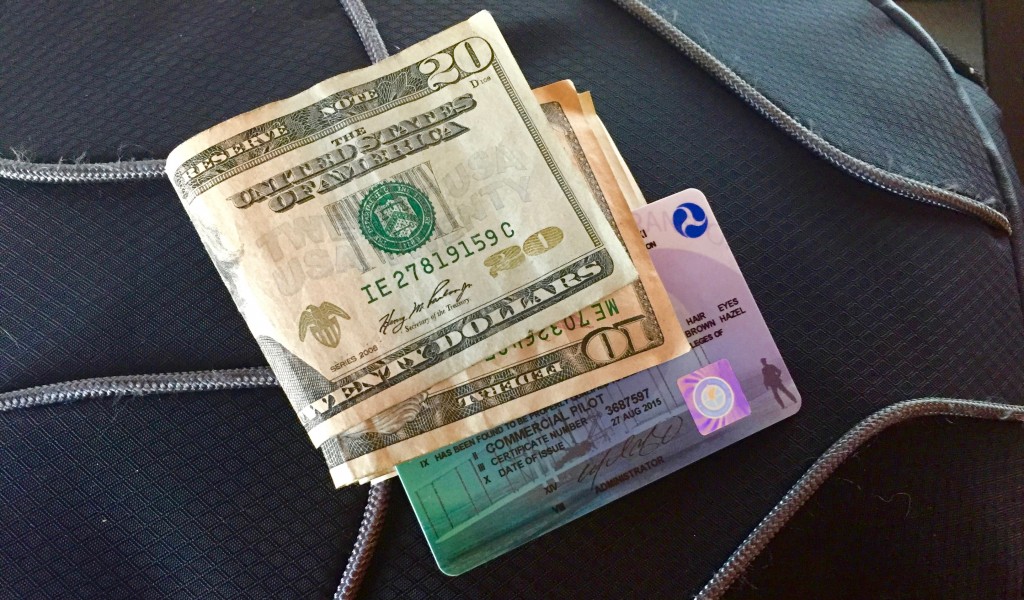