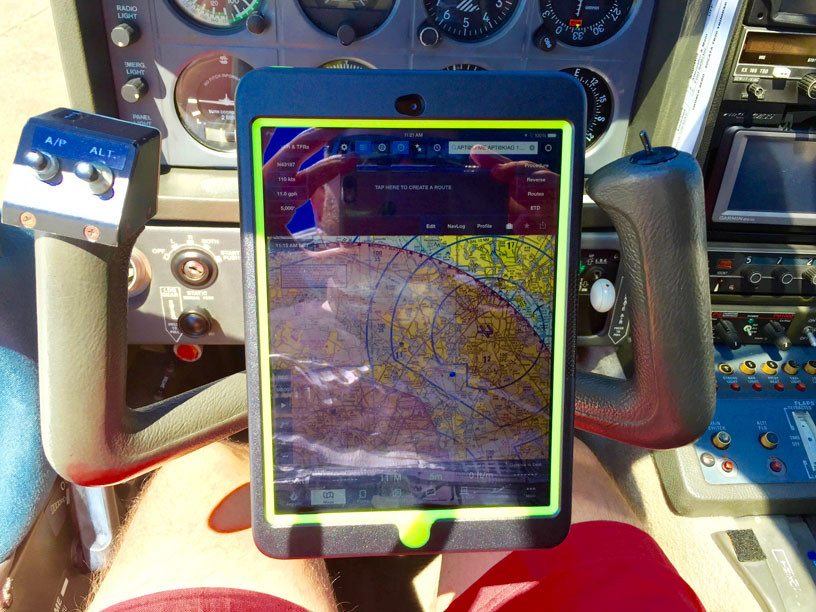 For starters, I’d planned on sticking with my beloved kneeboard and attaching the iPad to it. And while that would probably work really well in an airplane with a stick (like a Diamond DA40 or a Cirrus), I didn’t really like how close it sat to the yoke in the Trinidad. So I decided to figure out a yoke solution. 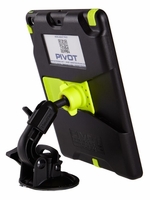 When you’re not flying, the PIVOT case comes with a magnetic folio cover that folds over to protect the screen or act as a stand. It’s thick, but it’s a really nice feature, especially because it automatically wakes and sleeps my iPad mini when it’s open and shut.

Admittedly, cockpit mounting solutions are pretty niche products, so I was happy to hear that Southwest Airlines has actually deployed PIVOT cases for all of their pilots’ EFBs — about 8,000 cases in 800 aircraft. That means that it shouldn’t be hard to find compatible accessories in the future.

Flight Chops has a good clip that shows what the case looks like (the relevant part starts at 4:08):

And PIVOT also has a good video on their website of how their cases click into position:

Now, as much as I like this case, and mounting setup, there are some drawbacks…

First, it’s bulky. The mounting plate clicks into a little channel in the back of that case, and that channel contributes to making it quite thick, especially when the folio cover is attached. While the case itself is light, that light weight also makes it feel a little cheaper than I expected.

And then there’s the price. As far as iPad cases go, this thing is expensive. The MSRP is $140 as I write — although it’s available from Sporty’s for $99.95. And you need to buy your mounting plate separately. That steep cost of admission actually made me think twice about whether I wanted to try a new case/mount system.

At the end of the day, though, I’m glad I did. Flying is an expensive pastime, and it’s worth spending a couple of dollars for a cockpit organization setup that works really well and protects your iPad at the same time. The PIVOT Case does that.

For anyone who uses their iPad outside of the cockpit or moves in between different aircraft frequently, the PIVOT Case is definitely worth the investment…